Why Does The Left Intentionally Misunderstand Wealth Creation? Featured

Jake
Opinion
06 September 2018
TAG:
Another Leftist Shows His Misunderstanding Of Wealth Creation
Asserts Himself "An Expert" Without Empirical Evidence 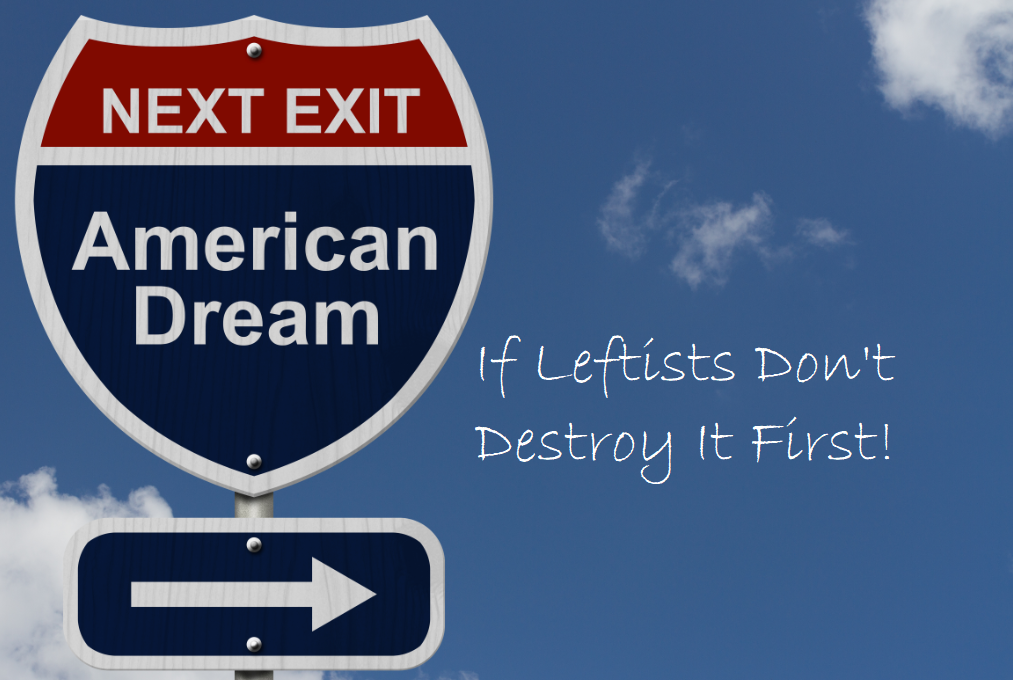 Umair Haque’s piece “Why do Americans Revere The Rich?”, while interesting, is yet another leftist attempt to make Americans feel horrible about their country and its economic system.

Mr. Haque claims to have grown up wealthy, living around the “ultra rich” and alleges somehow that makes him an expert on people of America. Unfortunately, it appears that Haque has been educated in leftist institutions that continue to push an idea that has caused more poor and death than it has ever done good.

Sadly, he will likely never take the time to review actual empirical data that contradicts literally every aspect of what he has been taught. After all, it is far easier to believe in the issues emotionally, as he did in his piece, than to actually look up facts and figures.

In summary, according to him, all rich people lose their humanity when they become wealthy, and as a result, must continue growing their wealth. It is shocking that a leftist would make such a blanket statement since they are the camp that claims to hate stereotypes.

He also faults the wealthy for buying what they want for themselves instead of paying for college for every single child in the world. One of the contributing factors to rapidly rising tuition rates is precisely due to more students receiving free college. Empirically the system doesn’t work and never will. Colleges ALWAYS raise tuition when they see more “free-money”. In addition, not every person is actually meant for college (even if they mostly teach social justice related courses these days).

Indeed, there are many businesses and successes in the economy that came from trade schools and out of the construction industry. It is not unheard of for a welder in Oklahoma to create his own company in his mid-20s making more money than the pseudo-intellectuals in academia.

Sadly, these professors will look at a success like this and condemn it. Why? Because much like Haque, they believe that only a few “intellectual elites” are smart enough to control all the wealth and decide where it goes. They can’t stand the idea that a young non-college educated person could actually make more money than they. Thus, they can not stand the free market, in spite of the fact that no other system has been able to allow even the poorest in the United States to enjoy a life that is better than most around the world.

Growing up around the mega rich does not make an expert out of anyone. I can say that I am not an expert on the rich, but can immediately dispel Haque’s assertions via common sense and my own experiences.

First of all, I have met pretty wealthy people who were indeed very wealthy and very happy. These were people who grew up poor and made themselves very wealthy. One of them was a retired billionaire who did not live lavishly on his own but spent vast amounts of money on a wife whom he loved dearly till the day she died. He had it all, wealth, family, AND happiness. The average person meeting this man would never have an idea of the amount of wealth this man created.

Another I knew founded a machine shop that made him a millionaire. He too was retired and taking care of his mother. I drank coffee with him every morning. He drove a Ford Thunderbird, hardly a rich man’s car. But, I never felt like I should “revere” him or any other wealthy person that I associated with.

Of course that is not to say that there aren’t wealthy people who don’t fit the description that Haque portrays, it just doesn’t fit them all. We see actors and performing artists who become major successes and yet are very unhappy. This is an ironic tragedy. Ironic, because most of them are leftist thinkers who are actually more politically aligned with Haque. Tragic,because their beliefs in life in general are unfulfilling.

By the same token, “all” Americans do not revere wealthy people in the way he claims. There are many on the left, for example, who ARE very wealthy, who, when examined with a skeptical eye, are obvious traitors to the very means that wealth should be created via the free market system. In other words they gained their wealth honestly and then turned on the system that allowed them to do so, as in the case of Mark Zuckerberg, OR they gained it dishonestly, as in the case of politicians like Nancy Pelozi.

These people should neither be revered nor respected. Essentially, these particularly dishonest wealthy all have one thing in common. They want to implement policies that destroy a system that allows even the lower income to become successful, thus ensuring that they have no competition and maintain power over those they claim to support.

While not as much as in the past, Americans do celebrate those who start off with nothing and amass wealth on their own. Why shouldn’t people celebrate success? Unlike the social justice mentality that celebrates false arguments based on things that people have no control over, honest wealth creation celebrates actual accomplishments.

Celebrating the generation of wealth is no different than giving credit to any other accomplishment in life that is earned. Shouldn’t we celebrate when people make intelligent, disciplined decisions? Most would likely consider being a good parent, making good financial decisions, work promotions, or volunteering to help those in need, all good things to take pride in and celebrate. What is so wrong with giving credit to people who figured out a way to give themselves and others a better life?

Don’t wealth creators generally create jobs for people? In the case of the aforementioned machine shop owner; his company had over a hundred sales people, machinists, and welders, all of whom were able to support their families and live life more comfortably as a result of the wealth amassed by the business owner.

The idea that wealth creates inhumanity is absolutely ridiculous. Perhaps Haque should listen to or read the likes of Dave Ramsey, who promotes creating personal wealth which can later be used to benefit others (as opposed to having the government steal it and keep most of it while claiming to help the poor).

In any case, Umair Haque’s assertion that Americans’ reverence of wealth creators is absurd. There was a time in the United States when there was deep respect for success. Seeing an expensive sports car or limousine with a man in a business suit inside might have been cause for a father to lecture his son on why he needs to stay in school and get good grades and work hard, because “that can be you one day”. “The sky is the limit in America”, he might tell his growing boy.

By contrast, today, there is a much greater chance that the same scenario might be met with disdain by the inner-city or social justice mentality. Nowadays, the father might say, “See that man! I wonder who he stepped on to get where he is?!”

The change in mentality toward the wealthy in the U.S. is very noticeable and precisely due to the likes of Umaire Haque. He undoubtedly learned his emotionally charged ideology at the hands of pseudo-intellectuals in academia, who in spite of claiming to support the scientific method, actually refuse to review empirical data in favor of advancing arguments based on abstracts instead of reality.

Overall, some Americans revere wealth creation and some do not. The reasons for this may vary, but the social justice arguments that are put fourth by ideologues are not designed to actually offer any real incite or even a solution of sorts. Instead, arguments such as Haque’s are intended to appear as educated axioms based on one-side-only points of view.

Young minds and staunch ideologues who have not been exposed empirical evidence will take an argument such as Haque’s and consider it “truth”, when in fact it is based on personal emotions. Whether intended or otherwise, nonsense such as this have literally trick people out of their own liberty.

Wealth itself allows for more freedom. People who are able to drive their own vehicles, for example, are not limited by the constraints of the public transportation. Making wealth creation sound evil is the work snake-oil salesmen bent on causing people to believe that being poor is a noble endeavor and not a thing to overcome.

The big lie in all of this is that punishing the wealthy is the same as striving to make the masses equally poor. Ironically, punishing the wealthy also doesn’t get rid of wealth, it simply ensures that less will be created and all will be controlled by those, like Haque, who think that they are “smarter than the rest”.