The last time Americans were this unhappy about prices of big-ticket purchases was 1982, when the Federal Reserve was fighting…

A majority of self-identified liberals find hot button issues, such as abortion, sex changes, and pornography, “morally acceptable,” a Gallup…

Hemp Store Owner Gets Locked Out

Time To Deal With The Enemies From Within

Time To Deal With The Enemies From Within Attacks From The Outside Come From Our Own...

Doctor Blows The Lid on Vaccine Industry's War On Children

Did Lyme disease originate out of Plum Island? 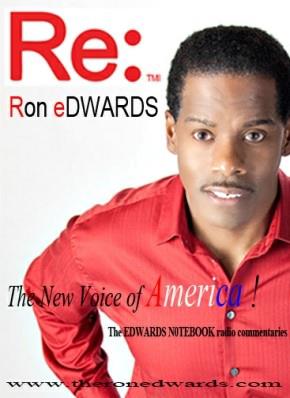 Ron Edwards, host of the award winning syndicated radio commentary “The Edwards Notebook” is a talented and gifted commentator with over three decades of experience.  He is a well versed journalist with a fiery delivery of humor, information and thought provoking conversation. The “Edwards Notebook”delivers a wealth of knowledge in an entertaining format.

Ron Edwards brings to the airwaves and speaker’s platform unapologetic truth sure to keep his listening audience tuned in every time.  He is well respected by friends and foe alike for his consistency of conviction and originality in commentary. Ron Edwards served for over twenty-years as a news anchor in several Midwest markets including Cleveland and Detroit. He has been a guest on television, radio, as keynote speaker and the writer of numerous articles throughout the United States.

The Edwards Notebook commentary is featured daily on AM News in Reno, Nevada on AM 1180 KCKQ

The Edwards Notebook is also heard overnights on the Captain’s America radio show which airs nationally in 56 radio markets in 28 states emanating from flagship station AM 860 WGUL “The Answer” in Tampa, Fl.

Ron Edwards also can now be heard on “The Edwards Notebook” throughout the day on the Freedom in America network. He is a well versed journalist with a fiery delivery of information, thought provoking conversation and humor, “The Edwards Notebook” delivers a wealth of knowledge in an entertaining and educational format, which is “Pure Edutainment.” The Edwards Notebook is also heardon The Conservative Syndicate (www.conservativesyndicate.net with Jon Matthews. Ron has also been a regular guest host for “The Bob Dutko Show” which is syndicated on the Crawford Broadcasting Radio Network.

Ron Edwards has also shared his unique and provocative style as a news anchor with, WJMO, WCPN, WGAR in Cleveland and WWJ in Detroit. Articles on Ron have been published in the Detroit News, Headway Magazine, Houston, The Call & Post – Cleveland and hebeen a recurring guest on “Let It Rip” on Fox 2 News Detroit. He is a highly sought after national keynote speaker who has addressed groups in Michigan, New York, Florida, Virginia, Texas, Georgia and more.

The “Edwards Notebook” was voted “Best Radio Commentary” by the listening audience on Salem Detroit FM 100.5 & AM 1400 “The Patriot” Metro Detroit. The much anticipated release of his books, “Rebuilding the Seven Pillars of American Society” and “Making It through the Maze of Madness” are coming soon.

In 2014 Ron Edwards embarked on a nationwide tour that took him to over 40 cities spreading the message of “How America Became great...how She Fell from Grace and what we must do to become Great Again.” This year it is his goal to proclaim the “Renaissance of America.”

Ron Edwards is sure to deliver the issues and events of the day with a clever, hard hitting and witty style.

He is also a much sought after keynote speaker.  For your event please contact Ron.

Email:  This email address is being protected from spambots. You need JavaScript enabled to view it.

You can visit him at Friends of the Edwards Notebook on Facebook.com

Another Leftist Shows His Misunderstanding Of Wealth Creation Asserts Himself "A...

The Making of a News Media

D-Day Not Covered By Mainstream